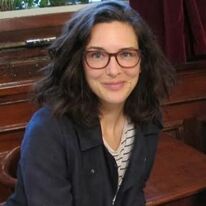 Dr. Lys Alcayna-Stevens is an anthropologist specializing in central Africa. She received her PhD in Social Anthropology from the University of Cambridge in 2016, after studying at Cambridge and Harvard universities. She is currently a post-doctoral research fellow at Harvard University, and a post-doctoral researcher at the London School of Hygiene & Tropical Medicine.   She has previously been a post-doctoral fellow at the Collège de France and the Institut Pasteur in Paris, and has worked on the ground for UNICEF in the wake of the 2018 Ebola outbreak in DR Congo. She has worked with village communities, scientists, medical personnel and NGOs in the central rainforests of DR Congo for seven years, and has been working with communities in the Territory of Djolu since 2013. Her research interests lie in the ethnographic study of environmentalism, global capitalism, public health and inequality.  She plans to continue conducting research in Djolu for as long as possible, and is honored to have joined the CEP advisory board in late 2017, having witnessed first-hand how their inspiring work at Djolu Technical College (ISDR) contributes to the realization of rural Congolese people’s dreams and aspirations. 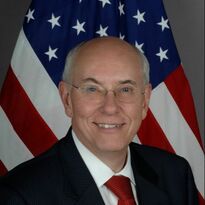 Ambassador William J. Garvelink is the Chief Compliance Officer for the International Medical Corps and a development professional and diplomat with 33 years of experience with the United States Agency for International Development (USAID) and the Department of State.  Ambassador Garvelink served as the U.S. Government’s Deputy Coordinator for Development for President Obama’s $3.5 billion “Feed the Future” food security initiative, directing food security strategies for twenty priority countries. He also established and led USAID’s Bureau for Food Security.  From 2007-2010, Bill served as U.S. Ambassador to the Democratic Republic of Congo, sub-Saharan Africa’s largest country.  While he was Ambassador, Bill became familiar with Djolu Technical College.  He continues to be impressed by CEP and the College's commitment to equipping local young people with the expertise and tools to improve the livelihoods and health of local communities, while teaching them to farm sustainably and care for their rainforests and wildlife.   Before that, Bill directed USAID’s worldwide humanitarian assistance and democracy programs, and served as USAID’s Mission Director in Eritrea.  From 1988 to 1999, he held several management positions in the Office of U.S. Foreign Disaster Assistance, and conducted assessments and directed relief operations in Africa, Asia, Latin America, the Middle East, Europe and the former Soviet Union.   Prior to that, he managed population, refugee and migration programs for southern Africa, was posted for four years in Bolivia with USAID, and served for three years as a professional staff member of the House Committee on Foreign Affairs.  A career member of the Senior Foreign Service, Bill holds a B.A. degree from Calvin College and a M.A. degree from the University of Minnesota. 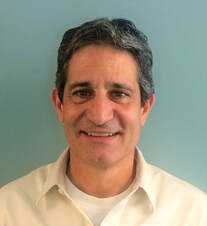 ​Rick Leone has over 25 years of experience in private consulting in the engineering, environmental, and construction fields with a focus on program and business management.  He began his career investigating and evaluating remedial alternatives for multi-media contamination: groundwater, soil, surface/storm water, air, and building materials for commercial and government clients.  These projects required him to work closely with and eventually lead multi-disciplinary teams of professionals to remove hazardous substances impacting human health and the environment. Rick then transitioned from program to operations management, concentrating on strategic business growth and delivering environmental assessment and restoration services and infrastructure improvements across the U.S.  More recently, he joined a 400-person engineering consulting firm based in Hillsborough, North Carolina, as Senior Vice President of Business Development as they focus on service and geographic diversification.  Rick holds a B.S. in Environmental Science and Zoology from Northern Arizona University.  He inherits a love of the outdoors from his father and takes regular trips to a remote family-owned, mountain cabin surrounded by National Parks in Southern Utah; and inherits a strong belief in the importance of women’s access to STEM education and professions from his mother.  He finds CEP to be a unique organization at this nexus of education and environmental conservation. 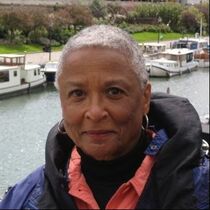 Suzanne Litner is a founding member of Congo Education Partners.  She has worked in university administration, founded and directed nonprofit organizations focused on higher education and minority education, and has supported public health and environmental conservation programs in the DRC for many years.  She was the Founding Director of the African-American Students Center at the University of Wisconsin, Founding Director of the Research Group on Higher Education for Urban Women at Tufts University, and Assistant to the Dean at the Graduate School of Arts and Sciences at Harvard University.  She also served as the Development Director of the St. Croix Landmarks Society, Executive Director of Our Town Frederiksted, and from 2001-2009, as a Trustee of the Bonobo Conservation Initiative.  She is a graduate of Sarah Lawrence College and has done graduate work at Brandeis University.  Suzanne believes that higher education is critical for people to improve their lives and determine their own future, and to protect their ecosystems for future generations. 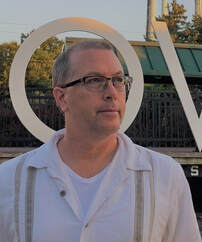 Steve Mahaley is an education technology specialist and co-founder of Red Fern, an education consulting group.  He was the head of the Global Design Group, the Learning Innovations Team, and the Digital Learning Strategist at Duke Corporate Education, a global provider of leadership development, for 18 years.  His purpose is to work at the intersection of technology and education design to develop effective, engaging experiences that change people’s lives for the better. He has worked on leadership development projects in Europe, Africa, the Middle East, Asia, and the Americas.  He is a speaker and writer on the topic of technology in education, and has authored mobile applications, created multiplayer online games and virtual reality immersions.  His fascination with technology led him to form a non-profit in 2007 (The Peace Train Charitable Trust) which leveraged online virtual worlds and other technologies to support the causes of small non-profits globally, focused on peace-building initiatives.  It was in service to public school students that he learned that the spark of curiosity and desire for meaningful, hands-on learning should be engendered in all students, whether they are six or sixty years old.  Steve holds a B.A. in French Literature, and a Masters in Teaching degree. 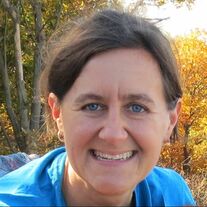 ​Dr. Janet Nackoney is a Research Assistant Professor in the University of Maryland's Department of Geographical Sciences. Her research interests lie in the use of geospatial technology for biological conservation applications, land use planning, wildlife habitat modeling and monitoring, food security applications, and information development.  Most of her work has focused on Africa, where she currently works in the Democratic Republic of Congo (DRC) on a conservation and land use planning project with the African Wildlife Foundation (AWF) and most recently, in Tanzania where she works on an agricultural monitoring project with the Government of Tanzania and a number of in-region partners.
​Janet also works on a NASA-funded project focused on building a chimpanzee habitat monitoring system across Central and West Africa with the Jane Goodall Institute, and on a land use planning project in the Congo Basin with the World Resources Institute.  Janet received her PhD and Masters’ degrees from the University of Maryland, where she has been working since 2006.  In addition to being on CEP’s advisory committee, she serves on the board of the Society for Conservation GIS (SCGIS) and co-leads the Washington DC chapter of SCGIS.  For the past six years, Janet has been involved in land use planning for conservation with AWF in the DRC's Maringa-Lopori-Wamba Landscape, where Djolu is located. 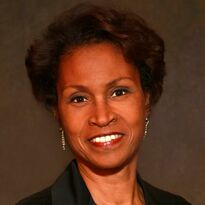 Renée Price has devoted her life to civil rights, community empowerment, women’s equality, environmental protection and justice for all. Her background is in city development planning and environmental planning and design.  She is experienced in the research, drafting and implementation of policies and programs promoting neighborhood revitalization, economic development, ecosystem management and human resource development in rural and urban communities.  While living in New York, Renée was involved in land-use planning, historic preservation, affordable housing, environmental impact analysis and rural resources legislation. Upon relocating to North Carolina, she became an advocate for sustainable agriculture, small family farms, rural economic development and natural resource conservation. From 1998 to 2000, Renée worked in Alabama, developing and directing a sustainable forestry program for minority and historically marginalized landowners in the Deep South. In 2012, Renée was elected to the Orange County Board of County Commissioners, and re-elected in 2016. In this capacity, she also serves on various local, state and national boards and steering committees. In 2010, Renée also co-founded Free Spirit Freedom, a cultural arts initiative that explores the history of Orange County through the lens of African-Americans, and celebrates the heritage and legacy of all people.  Renée was born and raised in Rochester, NY, earned her Bachelor of Arts, cum laude, from Tufts University, and Master of Regional Planning from Cornell University. She also studied at Colgate-Rochester Divinity School in the Master of Arts program. In her leisure time, Renée enjoys listening to jazz and spending time with Michael Carmichael. 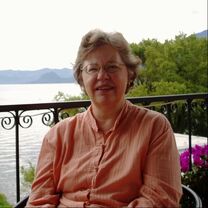 Mellen Duffy Tanamly is a global public health nutrition consultant and former USAID Foreign Service Health/Nutrition Population Officer.  For 25 years, she served in the Middle East, Africa, Latin America and the Caribbean. During her career with USAID, she helped many countries strengthen health services for improved maternal and child health and infectious disease control.  She was assigned to a regional office in West and Central Africa and frequently worked with nutrition and health projects in what was then Zaire.  Mellen lectures on maternal and child nutrition and global nutrition, and currently works as a consultant in program development, implementation and evaluation for nutrition and food security programs.  She is active in her community in promoting girls and women’s equality and empowerment through education and working on local hunger programs. Mellen joined the CEP board because she believes that education is fundamental to development in Africa, and the application of science and technology are key to making agriculture sustainable.  She believes that CEP and Djolu Technical College have a critical role to play in community development and in increasing food security in Djolu Territory through its academic and practical programs.